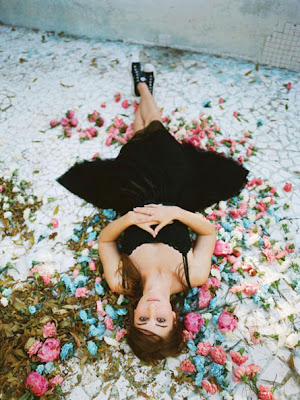 Another one from the archives.

I first heard of Sara Bareilles sometime in 2005, probably in association with the Hotel Cafe circuit. I didn't really know much about her at first - just that she was pretty popular within Los Angeles and especially with the UCLA crowd, and was about to/or in the midst of recording her first major label album. I didn't get to officially see her live until December 2005, during a very brief set at one of the Hotel Cafe's annual Christmas shows for charity. Saw her a few more times in 2006 and picked up her independently-released Careful Confessions. I did pick up the major-label release Little Voice in 2007, and have been sort of following her career, but haven't seen her live since '06.

The reason I'm posting this show (the three others were torrented awhile ago, maybe I'll put them up here eventually) is because of the track "Can't Change My Heart." At the time the show was recorded, I couldn't figure out what the song was called, and after I started releasing these shows, I pulled it out again to see if more information about it was released. After posting it on the Sara Bareilles message board, and after no else recognizing it, it was given the title "Can't Change My Heart" (don't know at the present time if it will turn up on a future album or elsewhere in some form)

Other notables include solo versions of "Undertow," "Love Song" and "Gravity," - plus Sara and Javier Dunn-only cover of Joni Mitchell's "A Case Of You."

Anyway, this recording came out okay - crowd was very chatty and boisterous (this was the begginning of what is mostly now the norm at the Hotel Cafe), and despite "running openly" this could have come out better. Still listenable though and a worthwhile download though.